New medical advances could revolutionise the ability to treat undetected tuberculosis (TB) thanks to an international team of scientists led by the University of St Andrews.

The research, published in the Journal of Clinical Microbiology (Wednesday 6 February), outlines new methods to diagnose and treat undetected tuberculosis (TB). TB silently affects a third of the world population; while 5% of this population progress to active TB disease, the rest remain as a reservoir of undetected TB, a time bomb that erupts any time.

TB remains the leading cause of death from a single infectious agent, ranking above HIV/AIDS, according to the World Health Organisation’s Global Tuberculosis Report 2017. It is classified as a category three infectious disease, implying that it poses high risk to human health. Consequently, working with patient specimens to diagnose TB becomes very difficult and requires a sophisticated laboratory facility and strict standards to ensure the safety of health professionals. 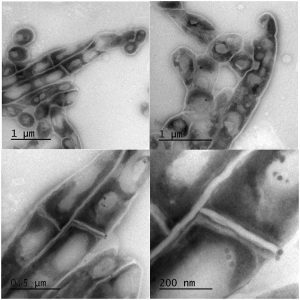 Scientists at the University of St Andrews, in collaboration with colleagues in Mozambique and Germany, have re-deployed the old medical technique of using heat to kill tuberculosis bacteria and render specimens safe for downstream testing by healthcare workers. Twenty minutes of boiling TB positive samples in a hot water bath, at temperatures of 80 – 95°C, kills all TB bacteria, preserving the Ribonucleic acid (RNA). This means that diagnostic tests that detect TB RNA can be performed near point-of-care without requiring expensive high-tech laboratories.

By making the samples safer for healthcare workers to handle this allows for further testing to detect TB RNA and identify patients with undetected TB and monitor responses to treatment. Known as Molecular Bacterial Load Assay (MBLA), the revolutionary test, developed by the University of St Andrews, delivers test results to the clinic within 24 hours as opposed to current methods based on growing TB in the laboratory, which take weeks or months to deliver results. The MBLA test has recently been listed by the World Health Organisation as a candidate to replace the current sputum microscopy and culture for monitoring TB treatment.

Dr Wilber Sabiiti, from the University of St Andrews School of Medicine, said: “Defeating tuberculosis requires effective and accessible diagnostic and treatment tools. Our research has shown that this is possible by deploying the old simple technique of heating to simplify access to the urgently needed test for effective diagnosis and monitoring of tuberculosis treatment.”

The paper Heat-inactivation renders sputum safe and preserves Mycobacterium tuberculosis RNA for downstream molecular tests is published in the Journal of Clinical Microbiology and is available online.

Please ensure that the paper’s DOI (dx.doi.org/10.1128/JCM.01778-18) is included in all online stories and that the Journal of Clinical Microbiology is credited as the source.

Issued by the University of St Andrews Communications Office.